It’s that time again.  Post-baby and trying to figure out what I want to do to get back into my jeans, as far as exercise goes.  We had a stinkin’ flood in the home gym that is under massive repairs right now, so that’s not an option.  I’ve got 6 little ones and a husband at work, so getting my butt outside for a morning jog or a trip to the gym …not an option, right now.  Okay, yes technically I could get up at 5:30 in the morning, I know.  But, I need that precious sleep right now.  So, I resorted to something I’ve always despised, work-out DVDs.  Ugh.  I haven’t done those religiously since I used to do Jane Fonda’s Work-Out and Buns of Steel with my mom.  I was like 12.  So, I went to those most trusty group of gals I know, my Facebook fans, for their advice on work-outs.  Whoo!  Seriously, any ailment, any product advice, any anything, I always get some great info from those gals!  Thank you!  …so, what DVDs did I decide on??  Insanity, what else?  That’s exactly how I would describe my existence, so it seemed perfect! 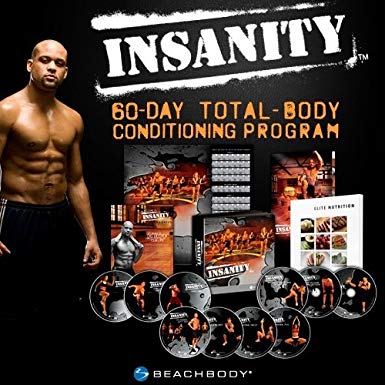 Okay, here’s the scoop …it’s a living nightmare.  I’m dripping sweat, fumbling all over the floor, cursing the screen, and wondering if I’ve made the biggest mistake of my life.  And, then it’s over and I feel awesome, accomplished, and I know that one of these days, those jeans in my closet are going to slip right back on.  So far, I’ve only participated in this madness for one week.   You’re supposed to have a goal to reach 60 days, so I have a ton more to go, but it’s fun knowing that I’ll start to see results soon, if I don’t die first.  Have you done Insanity?  Have any tips for me??

Okay, so actually the point of this post is more to tell you how my kids have gotten involved.  They LOVE joining me for these work-outs.  And, I love my little work-out partners.  These DVDs are nice because you don’t need any weights or other equipment.  All the exercises simply use your own body weight.  Of course, the kids do it at their own level and often end up goofing off, but it’s such a fun thing for us to do together.  We end up laughing most of the time, watching each other stumble through it, collapse on the floor, and drag ourselves back up.  If you follow me on Instagram, you probably saw the picture of Day 1, when we were trying to do our planks.  Hilarious.  The kids even had me take ‘before’ pictures of them on my phone.  I would love to show them to you, they’re sooo funny and cute, but I had to promise they wouldn’t be on the blog. 🙂  Insanity also comes with a wall calendar to help motivate you to never miss a day.  Love that.

Anyway, so that’s that.  But, THEN there’s something else fun that we’ve been doing.  Have you ever heard of a FitBit Zip?  They are these clever little devices that you attach to yourself, that counts your calories burned, distance traveled, and steps taken.  I’ve had one of my own for a while.  My goal is to get 10,000 steps a day, on top of whatever else I do.  It really has been so motivating!  The day will be almost over and I just have a thousand more to go, so I’ll start walking mindlessly through my house, around and around the counter, just because it’s soooo disappointing to end the day knowing I didn’t get my steps.  Ha.  When I’m not nursing a baby and I’m focusing more on burning calories, I use the FitBit for keeping track of that, as well. 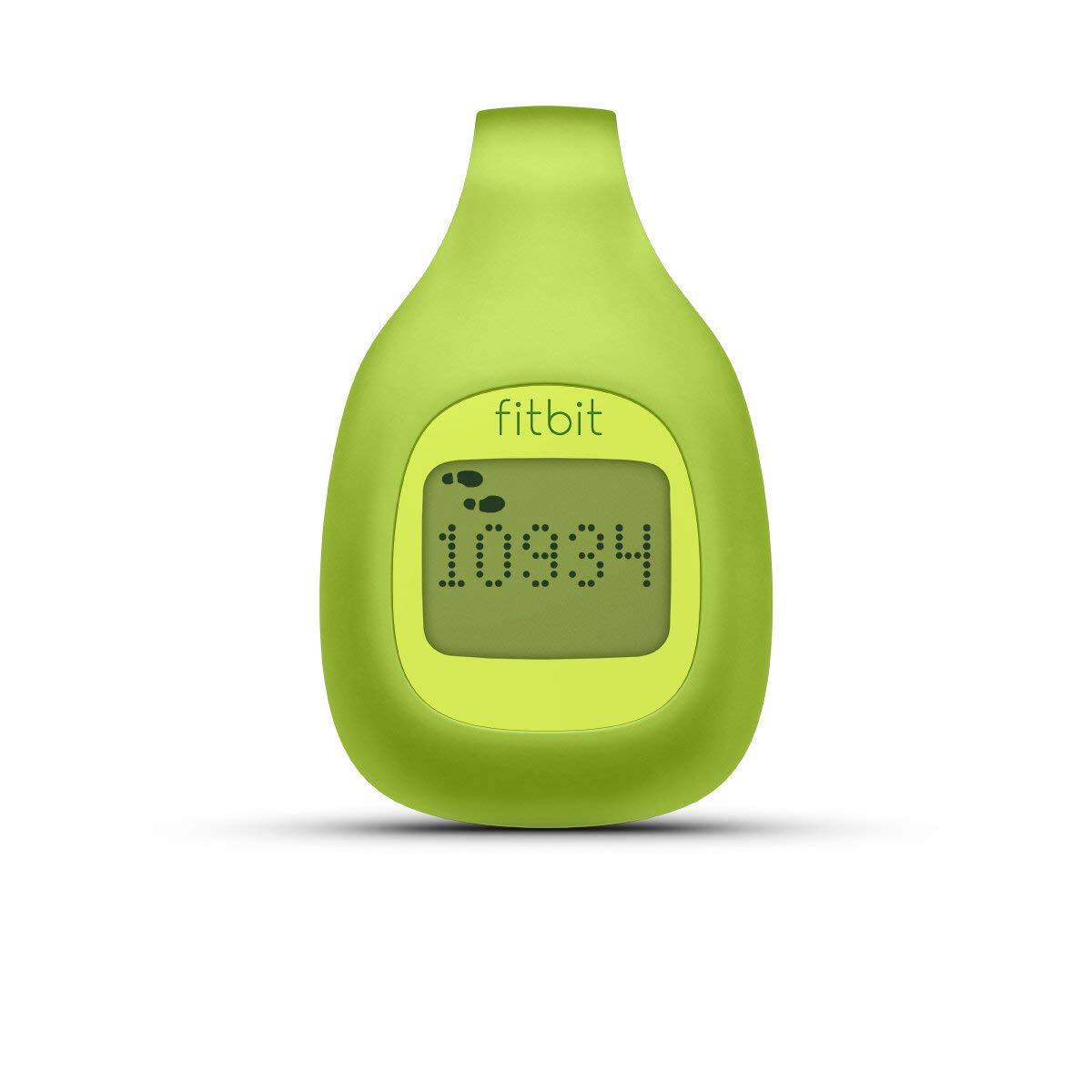 Anyway, so back to my kids.  After noticing how much this little device was motivating me, I thought I would try it out on my kids.  If there is one family rule that my kids hate more than any other, it’s the ‘4:00 rule.’  The one that says even though homeschool is over, no tv or video games are allowed until after 4:00, unless they are educational and approved by mom.  Oh, they hate it bad.  But, one of the biggest reasons we have that rule is because I want the kids to go play and get some exercise after school.  Well, the whole exercise thing turned out to be a real battle, so I decided to put in on them.  I bought them each a FitBit Zip (just the older ones) and told them that any day they can get their 10,000 steps, the next day they don’t have to honor the 4:00 rule.  They think it’s the best plan ever.  So now, when we’re done with homeschool, maybe around 2:00, they’re outside running around trying to get their 10,000 steps.  By the time they get there, it’s almost 4:00…or it’s well past, and they totally forgot because they’re having a blast playing outside.  Hee hee.  The next day, they start all over, in anticipation that they’re going to want to play loads of video games the next day.  So far, it’s never happened.  I just have a bunch of kids getting loads of exercise.  Happy face. 🙂  The other day, Shane came in and had 18,000 steps!  They’ve beat me every day, and I’m determined to one day kick their little butts at ‘steps.’  Oh, and although I love the FitBit for myself, if you wanted to do this for your own kids without spending more on a FitBit for them, you could save money by simply buying a pedometer.  That’s mostly what we use ours for.  This particular Omron is Amazon’s most popular and top rated, and is just $23 bucks … 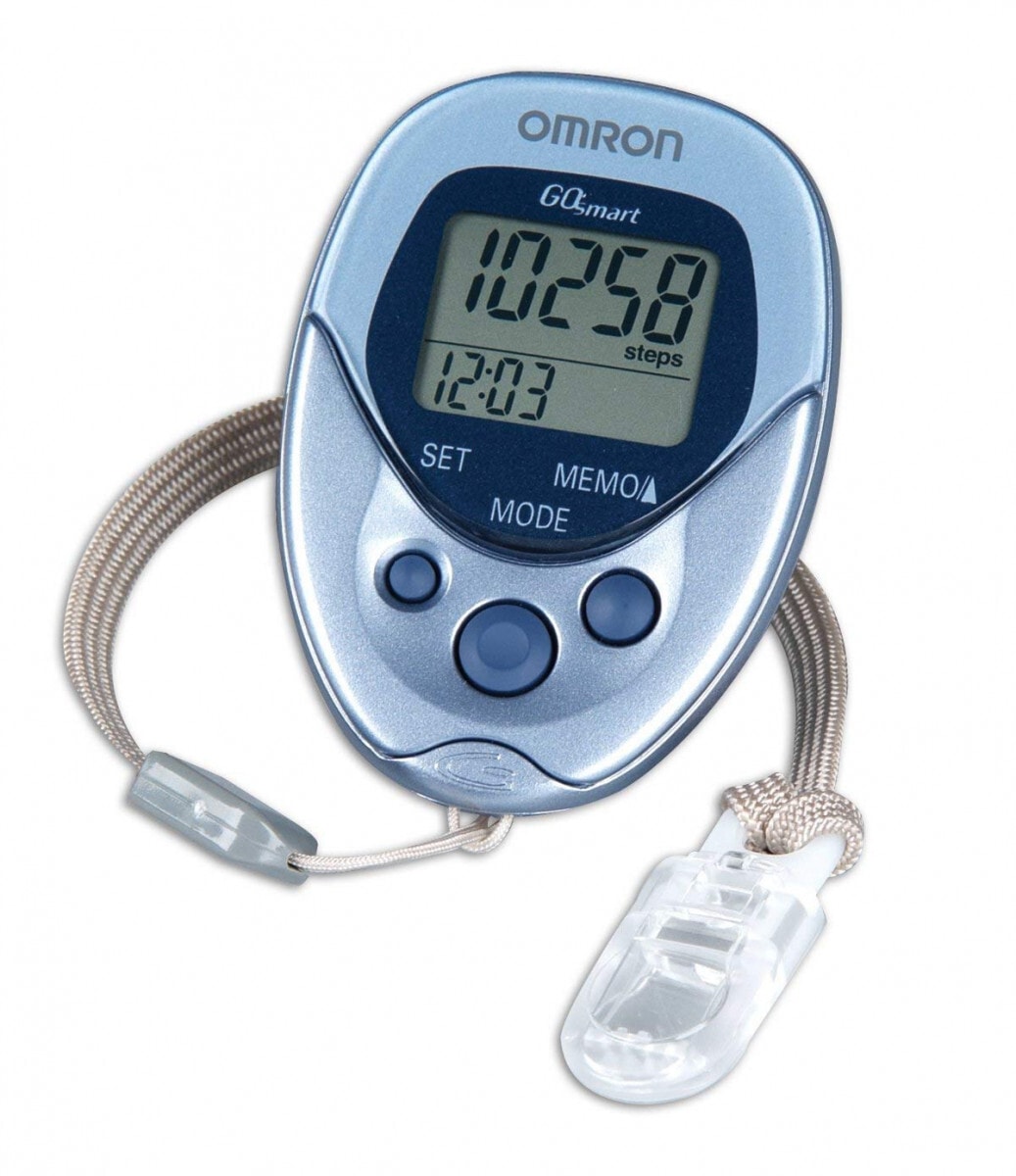 Here’s to getting out of my yoga pants (someday soon!)