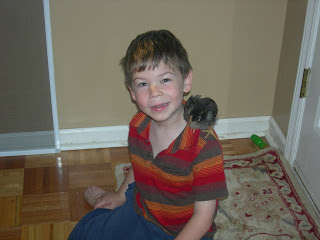 The list goes on on and on…Their mouths are also effected and many are extremely picky eaters. They can’t handle certain textures or flavors. Some like more, some like less. Our son leans towards crunchy food. He’d rather have carrots than pudding. They don’t like surprises in their diets either, so every day for lunch my son asks for a grilled cheese sandwich and every night he wants macaroni and cheese for dinner. The side dishes can vary – thank heaven!
Most kids with ASD find it extremely difficult to look other people in the eye. I don’t know why this is, it just is a fact. There are others, still who can’t seem to break eye contact and don’t know when it is appropriate or not.
Because of their crazy out of control nerves, many have trouble sleeping. Our son didn’t sleep through the night until he was over a year old and then only rarely until we found him a weighted blanket. This is a 13lb blanket full of plastic beebee’s that he sleeps under no matter what. Lots of fun to pack for a trip right? I see it as packing a few extra hours of sleep!
Many of these children also have chronic bowel issues and celiac’s disease – an allergy to a part of wheat called gluten. It is believed that when their bodies digest the gluten it turns into a chemical that effects their nervous systems and brains making their symptoms even worse. Recently we decided to give a gluten free diet a try. We’ve seen marked results in communication and his ability to concentrate and sit still during school. Others have seen improved results with different supplements or oils. Special diets and supplements can run you into huge grocery bills though and some months it’s a struggle.
Most everyone agrees that consistent therapy from professionals can help any range of children with ASD with any range of issues. But because each child (and adult) is so unique, sometimes finding the right therapists and therapies is a battle in and of itself. And if you are lucky enough to find a therapy that works for your child, good luck paying for it if it isn’t a free, government sponsored program through your school or covered by your insurance. Currently most major health insurance companies, including state insurance, don’t cover the cost of Occupational , physical or speech therapy for children with autism and those twice weekly (or more) appointments are incredibly expensive out of pocket. We’re talking $100 an hour and if your child is seeing three therapists twice a week, that’s $2400 per month. There are several states, North Carolina being one, where the local Autism advocacy groups are trying to change this through legislature. In the mean time, when we moved here and found out that we couldn’t get physical therapy for our son because he wasn’t “a danger to his classmates,” we ended up enrolling him in a local karate class. It’s a lot of fun at only a fraction of the cost of a private PT. But the biggest reason it works is because his Sensei is phenomenal.
ASD is measured on a very loose scale called a spectrum. Children and adults with little to no social interaction or potty training, those who don’t learn to speak or communicate in any way, and require assistance with day to day living are at one end and usually labeled as Severely Autistic. The other end of the spectrum is for children and adults who are just a bit behind in the curve. They show some of the symptoms, but not all. There are enough issues with their development socially, however, that they need help and they are diagnosed with Pervasive Developmental Delay/Not Otherwise Specified or PDD/NOS. In the middle is Aspergers Syndrome, High functioning Autism and then Moderately Autistic. Since Autism is such a hot topic these days the criteria for diagnosing is always changing and the diagnosis you get very much depends on the doctor or team in charge of your child.
So what does this all mean for you? Given the odds today, there is a very high chance that you know someone who has a child with autism if you don’t have one yourself. You may just be connecting some dots right now about your own child. 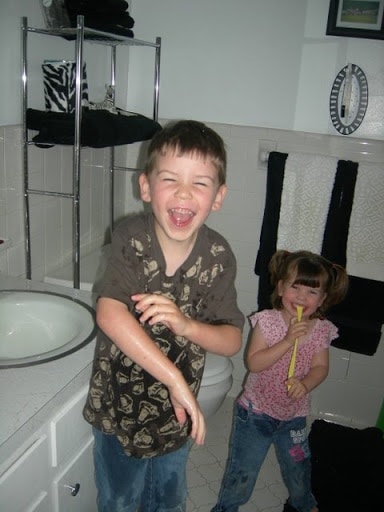 The hardest part for me was realizing that I needed outside help with my son. Once I got over the fact that I wasn’t the perfect mother with all the answers, I read the book The Out of Sync Child. Now, I hate self help books, but I highly recommend the whole series of books in this line. They explain in much more depth a lot of the things that I’ve described above. After seeing more clearly how closely Evan fit the criteria for an actual, diagnosable syndrome, we took the plunge and enrolled in an free early preschool program where they taught Evan and my husband and I how to communicate with each other and where our expectations should be. It was a family saving program and they have them in every state in the country.
If you are concerned about your child for any reason, not just autism, and they are under three years of age, you can contact a Birth23 or Early Intervention program near you. If they are over three you can get a referral from your pediatrician for a Developmental Pediatrician or you can contact your local public school for a free evaluation through your school district. These programs will help you no matter what your concerns are. Your child may just be late in speaking or walking or have emotional problems or you may even suspect autism. It doesn’t matter, they will help you. From one mother to another, if you have doubts, it’s better to be safe and cover all your bases than to let you and your child stumble along on your own. I was blown away by the number of people and clubs and books who were out there just waiting to help me and our family and Evan specifically. Why go it alone when there are so many resources available to make your life easier?
If you are an unrelated bystander watching all this go on at the store, school, church and on the news, here’s what I have to suggest for you: have compassion. Instead of automatically assuming that you’re looking at a spoiled child and a bad parent, admit that you don’t know what they are going through, what is causing it or whether they are getting the help they need. Offer a warm smile or a helping hand if at all appropriate. It may be just a spoiled child or a bad parent, but it may also be Evan and I having a really bad day.
If you have the opportunity to work with these children in a school or church setting, get to know the child, talk with the parents. Find out what makes them tick. Do they like a big hug before class? Do they need to sit in a chair that rocks? Do they need to have something in their hands to keep their body busy so their brain can focus?  Think of that saying – “If you know one child with autism, that means you know ONE child with autism.” What works for one might not work for another. You have to see them as individuals and start fresh getting to know each one. Perspective is the key. To the very quick judging eye, our children seem like discipline problems when really, it’s a communication problem 90% of the time.
After all of this blather, you might wonder, what is my biggest complaint as the mother of a child with autism? You might be surprised. It’s not the long sleepless nights when you should be well past that stage. It wasn’t four years of potty training. It wasn’t being head butted in public or stared at by strangers or trying to weather yet another mystery tantrum of epic proportions. It wasn’t trying to figure out a gluten free diet or translating for him with yet another teacher. It’s actually when I tell people that Evan has autism and the first thing they say, with all of the authority of God and the President, is: “Well I don’t see anything wrong with him. He looks like a normal kid to me!”
First of all, there is a reason they call it The Invisible Disease. Second of all, you are NOT a developmental pediatrician. You are not TRAINED to see disabilities in children. And even if you are, chances are, you have not observed my child long enough to make a diagnosis. Thirdly, by saying that, you are not complimenting me on the “normalcy” of my child, you are throwing all my worries and fears and struggles of the past seven years out the window and making me feel like an overly freakish, paranoid mother of a kid who “just needs a spanking”. Instead, just say something along the lines of “Wow, that must have been hard for your family,” or “wow, he’s such a sweet little kid. You’ve done a good job with him.” It seems like a small difference, but from someone who has to watch for and regulate all the little details, it means a lot. 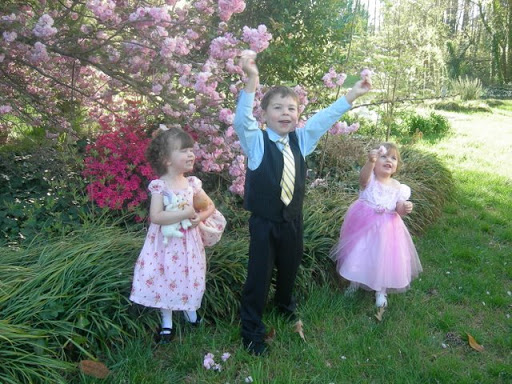 Now, I have to end on a positive note. I am blessed beyond anything I can tell you about. My son, with all of his quirks, is amazing. He’s so bright and wonderful. He is smarter than me by miles, he is caring and full of sympathy. He is curious about the world, loves all animals and is kind to them, he loves his sisters and wants to build “really big things” when he grows up. I have no doubt he will. The benefits of having a child with autism far outweigh the challenges. He helps me to see life through different eyes. He changed me and gave me the challenge of thinking beyond the norm in a really big way. He taught me appreciation for the tiny things in life that other people just take for granted. He’s helped me grow and learn and I am a better person for having had the privilege of being his mother.
If you ever run into us in a store, and he is having a bad moment, please remember that we are trying and that the world will be a better place for him having been in it. Even if it’s a louder place for just a little while.
~ Jenny
❮❮ Previous Post
Next Post ❯ ❯