I am Reb (Becca) and I am thrilled to write about something close to my heart today.  Thank you Mariel and Jessica for asking.  I LOVE your site and am excited to contribute to it. 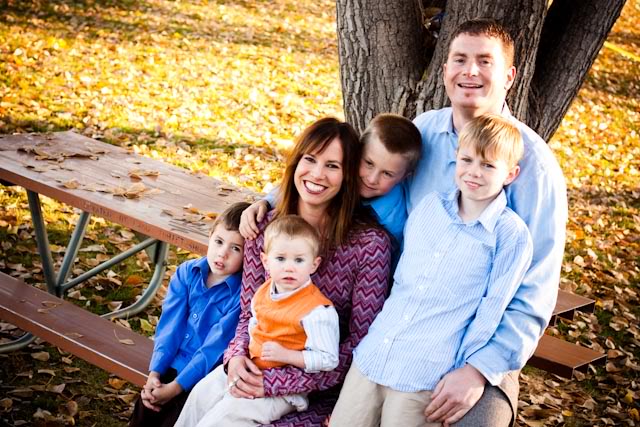 I am a mother of four boys, ages 9 to 2, and have a most wonderful soul mate, Jeb.  Four boys, no girls and no plans to have the last one be a girl.  Thank you for asking.  There is only so much insanity one mother can handle.  I love being my children’s mother.  It’s not always sunshine and lollipops, but life never is.  I am also in love/obsessed with photography have started a photog business in the process.
So, let’s chat about the social taboo, ADHD…
I call it a social taboo because I know how I used to view “those kids” until I had one of  “those kids.”  Those kids are ENERGETIC, FEARLESS, and IMPULSIVE.  Worst of all, their parents must not do anything to control them.  My oldest son Gavin, 9 years old, is all of those things.  He also suffers from ADHD and we have suffered right along with him.  I was never one of those parents whom wanted to drug my kid because they had behavioral issues. I mean, what kind of crappy parent can’t handle their kid? I took a good, HARD look in the mirror and saw myself. I was frustrated, confused, and feeling like that crappy parent.  Yet, I didn’t eat any hemp brownies in college.
Attention Deficit Hyperactivity Disorder is a brain disorder that affects anyone, male or female, young and old.    I chose the waffle button below because that pretty much sums up ADHD.  It is the inability to get to point B from point A.  You HAVE to visit all the other letters first, TWICE, before arriving at point B purely by accident.  Here are things to look for if you suspect you or your child has ADHD.
What I have learned:  (eh hum)

My son, once he took his meds, it was like night and day.  We have been tweaking his dosage for 1.5 years.  Some “experts” will say to dope them up to your child’s threshold and then take them down a few steps.  WE CHOSE NOT TO DO THAT.  He acted doped up, his personality disappeared and I HATED IT.  I cried my eyes out at the loss of a powerful and vibrant kid.  So we give him the absolute minimum and still see results.  And he is still super awesome without acting like a zombie.  Another word about the street drugs my child is taking to treat his symptoms, if he DID NOT HAVE ADHD, the amphetamine would have the opposite effect on him and cause him to be even more hyper and less attentive.

Most importantly friends, don’t live in a state of denial like I did.  When the teachers and the school Ph.D. read the writing on the wall, I felt like a weight had lifted off my shoulders but that I had been kicked in the stomach at the same time.  I didn’t want him taking street drugs but I didn’t want him growing up with a world where everything he did, he couldn’t control and was yelled at for it.

I hope through my experience, you can understand your child better.  This is what has worked for me.  My experience is not the same as other parents facing brilliant, overly hyper, socially immature children.
Remember, it isn’t the end of the world.  My home is 1000 percent more calm, peaceful, happier, and sane now that we have taken this step to address Gavin’s ADHD.  What’s more, he is so much happier.  He has self esteem coming out the wazoo and his grades are great!  Not perfect, but great.

For more on my personal journey with ADHD and Gavin, read it here.

Apply today, to my newsletter, I send out info I find on healtcare and general life questions. If you have any questions regarding the content of this post or ADHD, feel free to email me at [email protected].  Family pictures by William Brawn Photography.
References for this entry are found at Parents (dot) com, The Latest News on ADHD
– Reb
❮❮ Previous Post
Next Post ❯ ❯