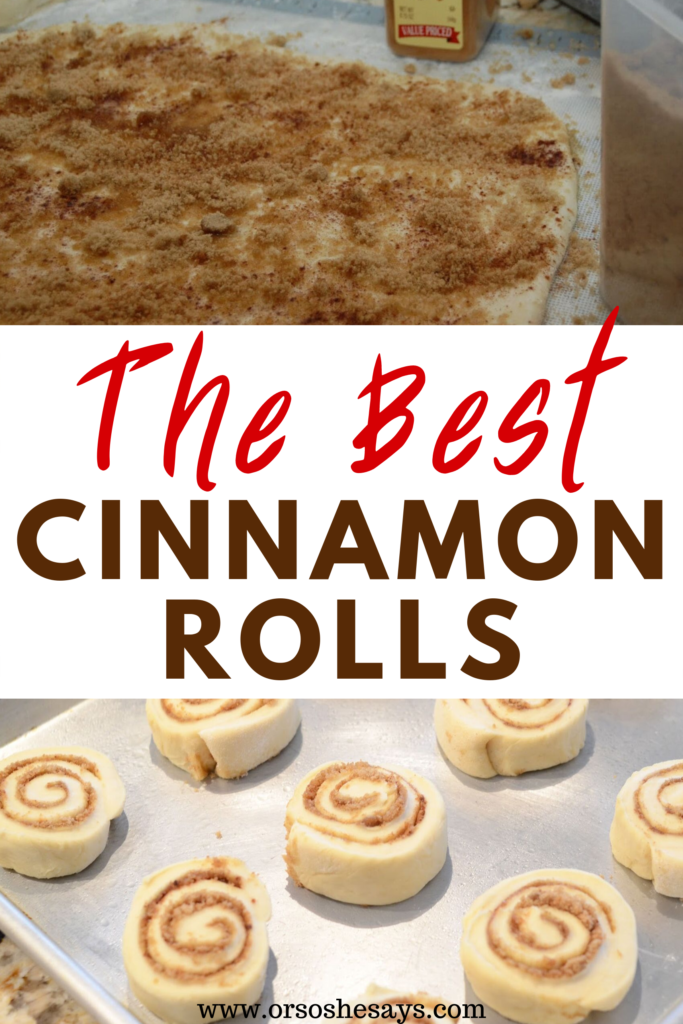 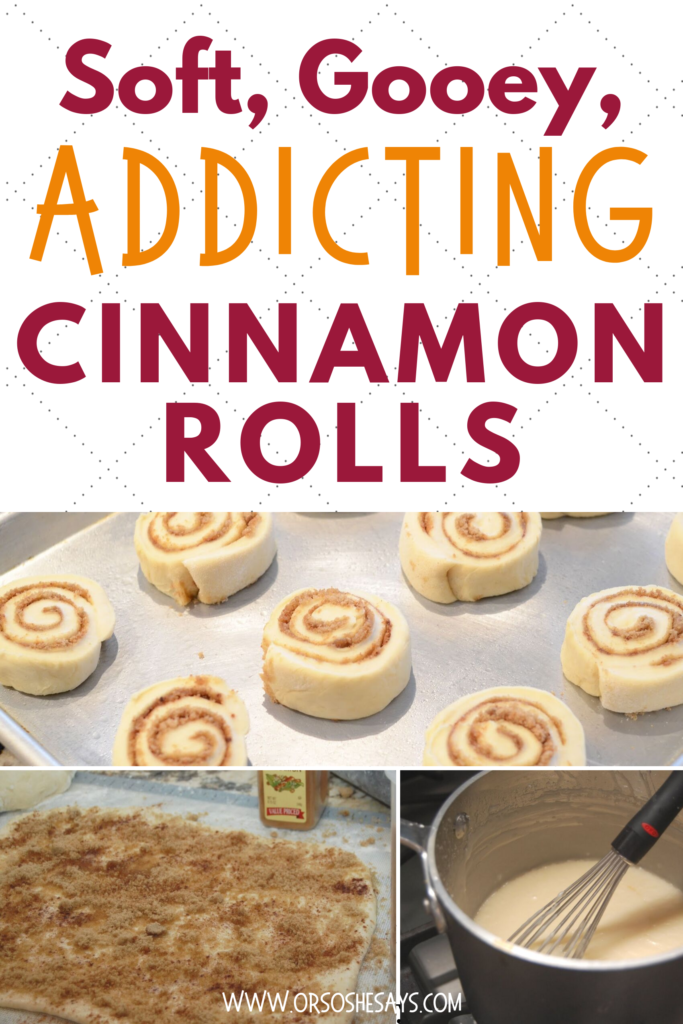 I have tried many cinnamon rolls in my life, as I’m sure you have. It seems that most are either too dense, too hard, don’t have enough frosting, or just don’t taste that great. At one point, I was a loyal daughter, committed to my mother’s cinnamon rolls. But, one day my sister-in-law brought over her cinnamon rolls and all bets were off. Sorry, mom. I didn’t know a cinnamon roll could be this good! I have new favorite cinnamon rolls that are good for breakfast! …and lunch, and dinner, and second dinner… as well as midnight snack.

These cinnamon rolls are so simple to make, soft, gooey, light, and they taste amazing. What puts them over the edge is the addition of almond extract in the frosting. That little detail takes these from amazing to downright addicting. All 7 of my children love when we have them around… but, they never last long!

Favorite Cinnamon Rolls That Are Good for Breakfast

The hardest part about making these cinnamon rolls, if there is anything, is waiting for them to rise. The actual making part is easy. Cinnamon rolls are one of those things that you want NOW… as well as hours later. If you’re planning on having them for breakfast, you definitely want to make them the day before. Or, if you’re wanting cinnamon rolls for dessert at night, then get started in the early afternoon.

Note:  If the rolls rise to double and you get lazy and just let them keep sitting and sitting without baking them, your brown sugar will start to liquify…oozing out the bottom and making a poopie, ugly mess. I’m also a believer that not letting them over-sit is the key to making these cinnamon rolls softer, with the best texture.

Sometimes when serving cinnamon rolls for breakfast, it leaves you wondering… what goes with it? Alone, they’re hearty and satisfying, but when you’re thinking of a meal, you probably imagine a little more there. Here are some delicious ideas of foods you can have with cinnamon rolls, and not have it be weird.

Recipes That Go With Cinnamon Rolls for Breakfast

My food-loving heart is telling me that when you have something sweet and bread-y for breakfast, it needs to be served with something savory and non-bread-y. I’m thinking Omelette Style Scrambled Eggs would fit the bill. You can add to it whatever meats and veggies that your family/friends like. I would serve this with a big bowl of mixed fruit and definitely call it a great meal.

Another idea is this Loaded Breakfast Skillet. It’s also savory, easy to change up based on tastes, and totally without bread involved. A fruit bowl would work with this too! Or, instead of fruit, you could blend an Orange Julius or Tropical Smoothie. All of these would pair with cinnamon rolls.

If you don’t mind a little bread in the picture, I love this Southwestern Breakfast Bake. It’s so simple and not an overwhelming dish to make, when you already spent so much time on the cinnamon rolls. It’s savory and always gobbled up every time I serve it for breakfast.