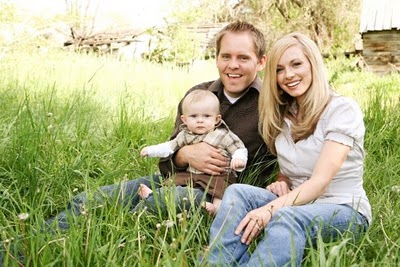 I’m a wife and a mom first. I am also a musician. I play the keyboard and sing back up for country singer Charley Jenkins as well as compose my own music.
I thought I wanted to be a High School English teacher, but student teaching changed my mind, so I opted for B.A. in English Literature. Most people say there’s nothing you can do with that degree, but I can carry on a great discussion at a book club with the best of them (or at least BS my way through one)! I’m so thrilled that I was asked to write a post on a blog that inspires me every day!
On June 27, 2004, when I had been married less than 2 years, my first husband, Wyatt Rogers, was in a fatal helicopter crash. Among the thousands of thoughts that chaotically crashed through my mind the day the cops knocked on my door to deliver the news, I remember saying out loud, “I wish I would have respected him more. . . I wish I would have cooked for him more. . . I wish I wouldn’t have been so selfish. . . I wish we would have had more sex. . .”
The death of a loved one has a way of changing our perspective. My second marriage is much different from my first. Although I still have far too many flaws to count, Wyatt’s death helped me reevaluate marriage and made me a better wife.
MAKING YOUR HUSBAND A PRIORITY
“As a man, I can tell you our needs are simple. We want to be fed, we want our kids mothered, and we want lovin’.” -Quoted by Vince, From Dr. Laura Schlessinger’s “The Proper Care and Feeding of Husbands“
I can’t recommend this book highly enough. Many women are immediately turned off by the title when their feminist instinct kicks in, but you can still be a strong, independent woman and take care of your man. This book changed my life, and I could write an entire blog post about it, but instead, why don’t you just read it and thank me later!
There were some regrets I had when Wyatt died. We hear the cliche to live every day as if it were our last, but I think it’s more important to treat others as if it were THEIR last day. I think it is especially important to treat our husbands this way because you never know when it will be, you don’t want to have regrets, and they deserve it:

I put this first because this is what I have the hardest time with. I don’t like to cook, and I’m a horrible cook. I cop out a lot and often choose the easiest meals, and we eat out more than we should. This year, I made a New Year’s Resolution to cook more. I actually make this resolution EVERY year. Despite my shortcomings in this area, my husband knows that I am trying. We try to sit down at the table for our meals, turn the TV off, and discuss our day. It sounds so simple, but to be honest with you, meals like this were few and far between in my first marriage. A couple weeks before Wyatt’s accident, his mother claimed that he was “so skinny!” and asked, “Is he even eating?” She obviously didn’t mean any offense to me and was clearly more concerned about his overall health, but after that, I swore I would never get to the point in a marriage where my mother-in-law voiced her concerns about her son not eating!

Picking your battles and forgiveness:

My 22nd birthday was 2 weeks before Wyatt passed away. He was on his way home from being out-of-state. When he called to let me know he was boarding his plane, he forgot to mention anything about it being my birthday. Ooh, I let him have it! As soon as I picked him up at the airport that night, he gave me my gift and wished me a happy birthday. That WAS NOT enough for me. He needed to know how upset I was that I was alone on my birthday and he didn’t even have the courtesy to say anything about it over the phone. I ignored him the rest of the night and most of the next day. After he passed away, I found out that he spent hours searching for the “perfect gift” while out of town and was so excited to give it to me. It broke my heart.

Another book I love and refer to often is “The Seven Principles for Making Marriage Work” by John M. Gottman. Gottman claims there are two types of marital conflict: Those that can be resolved and those that are perpetual, which means they will always be a part of your lives. Gottman states, “The basis for coping effectively with either kind of problem is the same: communicating basic acceptance of your partner’s personality. . . I have learned that in all arguments, both solvable and perpetual, no one is ever right.” I think of this principle often, and more times than not, I realize there is usually no concrete resolution. I usually end up apologizing for unwarranted behavior and moving on, but most importantly, I DO NOT HOLD A GRUDGE. It’s not always easy, but when it’s over, it’s over.

When your husband tells you he’s going golfing or fishing with the guys, it does not mean he doesn’t want to be with you! Don’t pout or feel sorry for yourself when your husband needs some “guy time.” We all need our Girls Nights Out, too, so offer your husband the same courtesy. There is obviously a fine line, which only you and your husband can draw, between shirking responsibility at home at just needing to get out and be with the boys. Just as it is healthy for you to have your own hobbies and interests, your husband needs his as well, and most likely, you were aware of most of them before you married. Don’t try to change or control him, and don’t make him feel guilty. When your husband gets his time away, he will come back a better man.

THE BIGGEST CHANGE I MADE! During my first marriage, I often used intimacy as a weapon or viewed it as an obligation or chore. It often made being intimate miserable for both of us. I am happy to tell you now that I have changed my perspective on sex and I REALLY enjoy getting busy with my husband! Whenever my husband hints or even just throws subtlety out the window, I don’t reject him. I’m serious. And I even initiate it quite often as well. Sure, there are times when I’m not in the mood, but I’ve learned that if I take care of my husband’s needs, he’ll take care of mine. I get in the mood pretty easily once we’ve initiated our fun. . . not to mention it’s great exercise and has many other health benefits!
Here’s a fun fact for you: Having sex produces testosterone, which increases your sex drive. Therefore, the more you do it, the more you’ll WANT to do it. Seriously, try it! For my husband and me, sex is not a touchy subject that causes contention in our home like it sometimes was during my first marriage. The only difference is MY ATTITUDE toward it. I promise that you’ll miss it once it’s gone!
Most importantly, let your husband know every single day how much you appreciate him and how wonderful he is. Have as much fun as you possibly can with each other, and never leave or get off the phone without saying, “I love you.”
TALKING ABOUT THE HARD THINGS
At 22, I never thought I would have to discuss these important things with my husband, so we didn’t talk about most of them. I wish we would have, so I hope you’ll take some time to discuss them with your spouse.

Due to Wyatt’s potentially dangerous career as a helicopter pilot, we decided to get life insurance in May, 2004. He passed away one month later. I consider myself absolutely blessed that we had life insurance because not only was I able to pay off all our debt, funeral and gravesite costs are not inexpensive. I didn’t have any children with Wyatt, but if you have children, life insurance, even a small amount, should be considered a priority for your family.

Talk about your own funeral arrangements regardless of how young you are. Who will speak? Is there a particular song your spouse wants sung? Does your spouse want to be cremated? If not, where does your spouse want to be buried? Will you get a joint headstone? What will be on the headstone? What type of casket will you get? Will it be an open or closed casket wake/viewing (obviously, some circumstances will not permit an open casket)?Are there particular pictures you’d like on the program, headstone, at the wake, etc?

Creating a Will/Discussing Belongings and Assets:

If you have children and/or assets, create a Will and start your estate planning. I work part-time for Kesler & Rust Law Firm in Salt Lake City, Utah. If you need a great Estate Planning Attorney or would like to draft a Will, call (801) 532-8000.If you do not have any children or assets, at least discuss what to do with each of your belongings that are significant to you. Are there items your husband wants his mother, father, siblings, or friends to have?Are there journals of any sort? What will you do with those?
Living Will:
My current husband’s father passed away last year from a degenerative disease. Something that was very important to him was to always be able to live and breathe on his own without the assistance of machines, so he signed a Living Will. A Living Will is a legal document someone uses to make his or her wishes known regarding life-prolonging medical treatments. It’s a personal decision for everyone, so discuss it thoroughly.
Future Families:
In my opinion, this is the hardest matter to discuss because it entails discussing moving on, which seems unnecessary when your husband is right in front of you and tangible.Although you never actually know how you will grieve or when you will decide to move on, at some point, you will. Even if you just discuss the fact that you want each other to be happy, at least say that much.Discuss any religious beliefs you have that might affect future marriages and families. If you have children, discuss the type of person your spouse would want to help you raise them.
If you happen to be someone or know someone that is grieving over any type of loss (whether it be death or divorce), I want to suggest a book that helped me manage my grief: “How to Survive the Loss of Love” by McWilliams, Bloomfield and Colgrove. This book is one among many that helped me, so if you’d like any other references, please ask!
~ Ashley
❮❮ Previous Post
Next Post ❯ ❯