Apple picking, just like other fruit picking, comes early in Georgia–as early as the beginning of August and will last until October. Since I recently used my last canned homemade applesauce, I knew apple picking would have to be a summer activity instead of our traditional fall activity. If you have had a chance to check out my blog, Darling Darleen, you will know we take apple picking very seriously! And since it can be time consuming, I want to know the best use for apples I pick.

This summer we got a chance to pick at the Mercier Orchards, which is a huge apple supplier around the nation and has one of the most beautiful apple orchards I have ever been to. They carry 16 different apple varieties that are ripe at different times during the apple season. Since we mostly pick apples to can, bake and juice, picking the right apple variety is important to me. When we went end of August, there were 8 different apples to chose from. 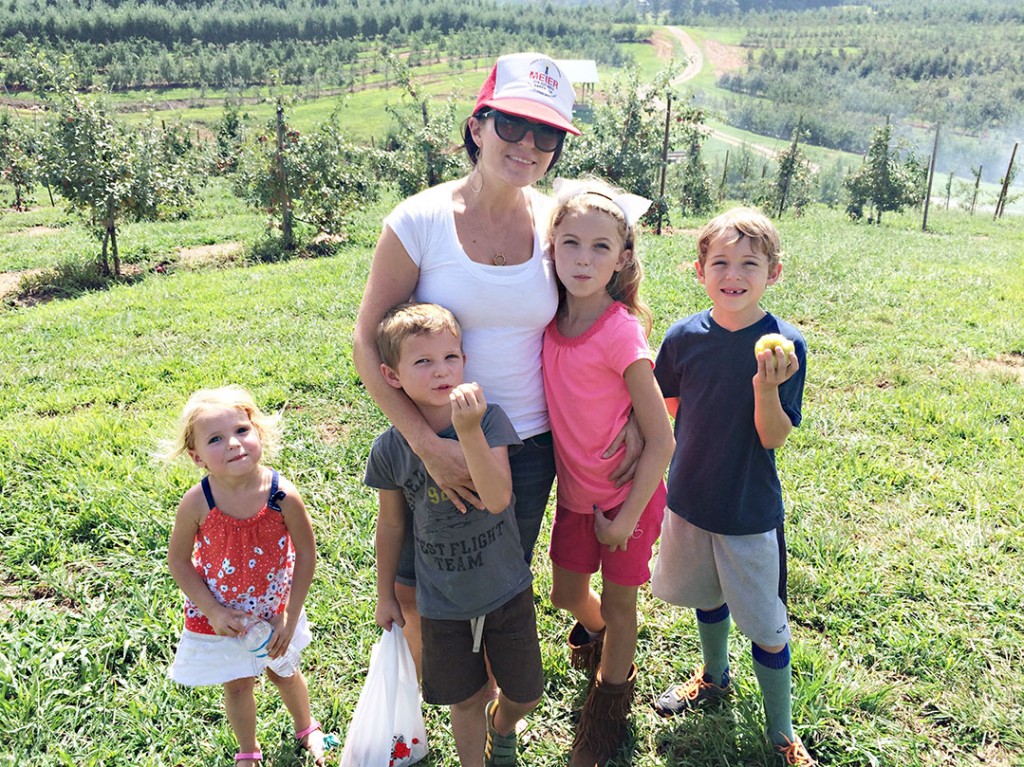 You can say I was a little overwhelmed by what apple variety would be firm enough for my pies and what apple would be sweet for juicing. Also combining a sweet crisp apple with a tart, tangy apple can make the best apple pie, so that was another consideration I was thinking of. After all, my taste buds went numb with flavor during the afternoon of testing every apple we picked.

As you can see, I came home with a large variety of apples. We picked about 6 of the 8 varieties. I know I needed to make my picking more precise for the baking and canning I plan to do. So I put together an apple guide of some of the most popular varieties for the next time you go pick. This “Best Use for Apples” chart is a combined guide gathered from Pick Your Own and  US Apple Association. It’s easy to print, so take it on your next apple picking adventure! Some helpful recommendations: for baking pies, choose apples that hold their shape and combine varieties of sweet and tart. For juicing, choose an apple that has a balance of sweet and tart like honey crisp. And for sauce–choose a sweeter apple if you prefer a low-sugar applesauce.

If you want a yummy apple pie recipe that is good for freezing, I’ve got a good recipe and have a label for the ones that you plan to freeze.