I’m starting to wonder if I should write a book.  Maybe I’ll call it, Dan & Mariel: Magnets for Madness.  Every chapter could be one of my crazy stories.  Chapter one could be the story from last year, where some guy pulled a gun on my husband at work.  Chapter two could be the story of the scam artist whom I rented my condo to, months ago.  And, I’m about to share with you chapter three…happened this last Friday night (I promised on Facebook that I would tell you about it today)…and, then we’ll move on to the easiest Chicken and Dumplings.

So, it was probably 10 at night.  I had all the kids in bed, and Dan was in the shower.  I went into the kitchen to put some dishes in the dishwasher, before I went to bed.  Anyway, while I’m in there, I hear some crazy loud noises on my back porch.  I stop and listen.  Something starts bumping and scratching my back door.  I’m a major scaredy-pants, so I don’t dare part the blinds to see what’s making the noise.  I run into the bathroom, and tell Dan that something is making some crazy noises outside.  He’s like, “Eh, it’s probably the wind or something.”  Okay, I’m thinking I’m just nuts.  I go back into the kitchen, stand right next to the back door, and THUD!  Something is still bumping my door, and scratching it.  I start to think it’s some psycho raccoon, because what kind of person scratches a door?  And, the thumping wasn’t hard enough to be someone trying to bust in.  So weird.  And, I’m peeing my pants.  I run back to Dan in the shower, and I’m like, “Dude.  I’m not kidding.  Something is out there.”  He was obviously enjoying his warm shower and didn’t really want to get out.  I left the bathroom, and decided to see if I could look out my bedroom window and see anything on the porch…

I look out the window, and see…a freakin person, walking on my back porch!  It was really dark, but I could make out the figure and a white t-shirt.  This time I insisted Dan get his hairy butt out of the shower and come check things out.  He wraps a towel around his waist, grabs a gun (really fun to picture) and heads into the kitchen.  At that very moment, we also hear a bunch of noises on the security camera, at the front of the house.  But, it’s not the first time we’ve heard sounds and it ends up just being a raccoon.  And, my eyes are pretty crappy, so he’s kinda iffy as to whether I really saw someone out the window.  So, he opens the garage, casually walks out (in his towel), and all the sudden I hear him yell, “What are you doing?!?” and I can see in the security camera that he has his gun pointed at someone.  I’m running through the house, trying to find a dang phone so I can call 911.  I find one, run outside and there is this lady standing on top of our garbage can.  It was the weirdest site.  It’s one of those huge, tall green city garbage cans, already overflowing with garbage, and she’s on top, hanging onto our porch light, so she doesn’t fall off.

Anyway, turns out that she is higher than a kite.  She has no idea what she is doing there, where she came from, and why she’s on my garbage can.  I asked her who was with her, because she wasn’t wearing the white t-shirt I saw on the person on my back porch, and she said she had no idea what I was talking about, and asked if she was in Boise (no…Utah).  She said lots of nutty things.  Meanwhile, I was on the phone with 911, and we just waited with her, backed against my garage, until the cops came.

Needless to say, we never found the back door person, just a big muddy boot print, and some scratches on my window (so creepy.)  And, it ended up that the ambulance had to be called to take the lady to the hospital.  All I know is that I am SO thankful my doors were locked, and that we were home.  I swear that image of the person on my back porch and the scratching on my door are permanently engrained in my mind.  I hope that other person never comes back!

Oh, and one other little life lesson that I learned…while I’m standing in the driveway with this lady, with a heart filled with anxiety and pride, my husband goes into the house to grab his jacket.  I thought he was grabbing it for himself, but he offers it to the lady because he can tell she’s cold.  My heart melted, and I thought, “Wow, I have a lot to learn.”  It really is such a horribly sad thing that so many people turn to drugs.  Sad, sad, sad.  I truly hope that that lady can change her life.

Anyway, so as you can tell…I’ve needed a little comfort, and I know it’s spring time and soup weather is pretty much over, but I just needed some.  Some good old fashioned comfort food.  I posted another recipe for Chicken and Dumplings, a while back, that I really like.  But, this one is even easier and still plenty good!  All you need is a rotisserie chicken a 10 oz. can of Cream of Chicken soup, a container of layer biscuits, 32 oz. chicken broth, flour, salt and pepper.

Shred all the meat off your rotisserie chicken.

Pour the chicken broth into a pot, and let come to a boil.  Stir in the can of cream of chicken soup and dump in the chicken pieces.  Add salt and pepper, to taste.

Take each biscuit, and separate length-wise, so you have two thinner biscuits.  Dip each piece into a pile of flour, then cut into quarters.  There should be about 8 biscuits in your can, but I think I only used 5 or 6.

Place the biscuit dough in the soup and let cook for maybe 10 minutes.  Don’t really stir it, or the dumplings will break apart.  I would just poke the dumplings under, every now and then, and carefully stir the underside of the soup.

Just cook until the dumplings are done.  Eat up!  Easy, huh?  This is one of those recipes that is easy to switch up, however you want.  Toss in some peas and carrots, maybe a bay leaf…or, just have it plain.  Also, this didn’t make very much, maybe 5 servings, so I would double it next time, for sure. 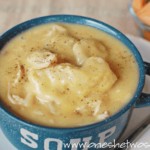 Optional: add carrots, peas, a bay leaf, or whatever you like in your soup!

You can round up most of the ingredients here: 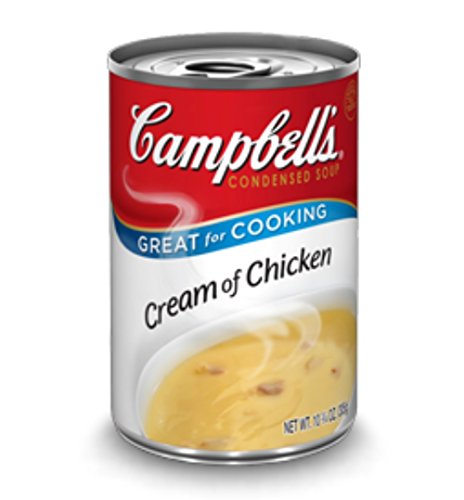 Campbell’s, Condensed Cream of Chicken Soup, 10.5oz Can (Pack of 6) 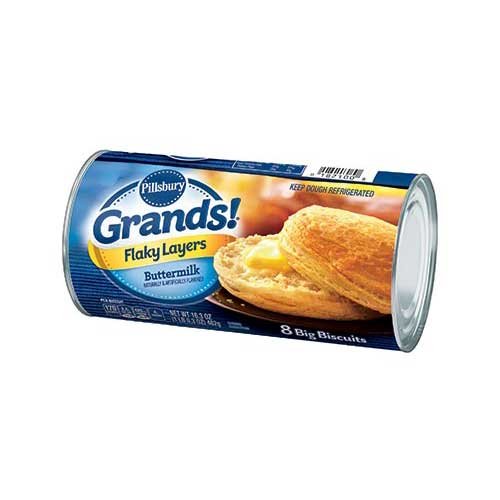 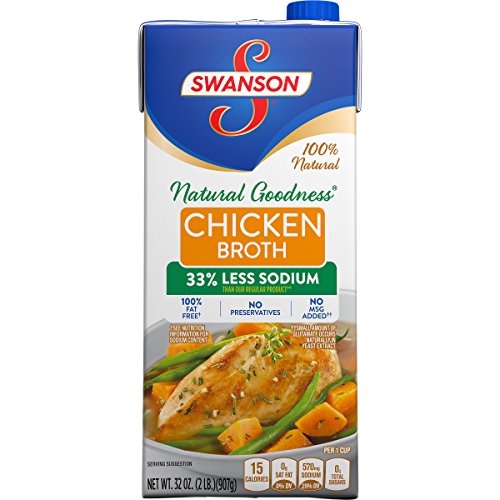 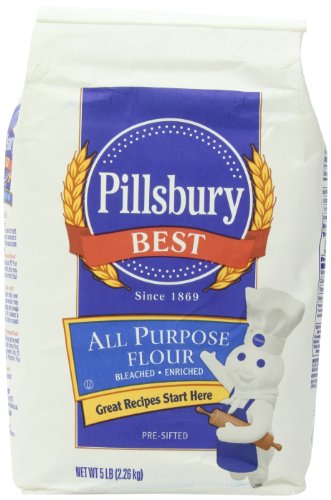 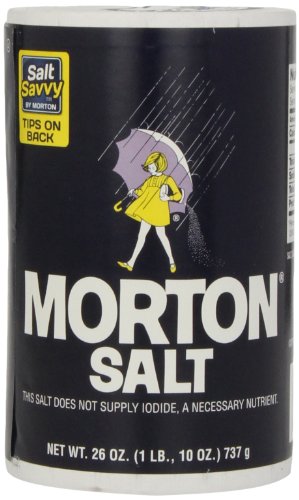 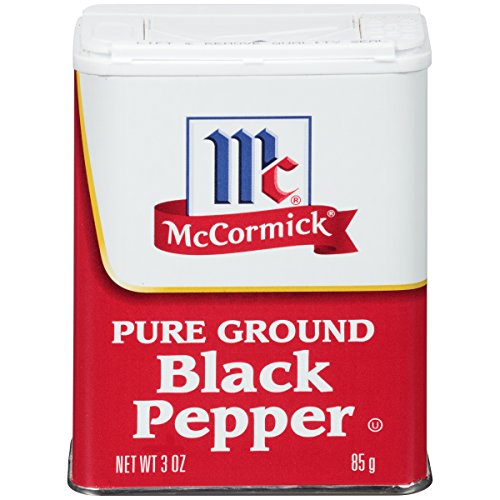 When you’re done digesting this amazing Chicken and Dumplings Soup, I would love to tell you about my most favorite way to lose weight, that has me feeling healthier than ever after having 7 kiddos!