Life lessons often come when we least expect them. Today Dan shares a million dollar life lesson he got for a quarter…

We had our choice between a table or a booth. Since we were eating at a buffet-style pizza place, I knew that a table would be much more convenient for all the trips that would be made to the buffet lines. I chose safety over convenience. A booth, especially the tall ones like they had at this restaurant would provide some potential relief from embarrassment from the way my four kids (and one friend) were going to act. I also knew a booth would afford some protection for others from the noise, mess, and spills that were inevitable. So we chose the inconvenience of a booth to keep from being an inconvenience to those around us. Not that it ultimately made any difference. Little did I know what life lessons lay in store for us after that choice was made.

My hunger drove me to make the near-fatal mistake of leaving the booth to get some food for myself. I should have know that 20 seconds is all it takes for a perfectly civil, and polite table to descend into a “Lord of the Flies” worthy debacle. One of his brothers had agitated Trev, my five year old (who has about as much patience as Ghandi did fat reserves) by placing some of their freshly gnawed upon pizza crusts on his plate. So he did the only reasonable thing for a five year old to do, he screeched loud enough to cause permanent hearing damage to any within a 20 foot radius and chucked the offending crusts across the restaurant.

If I were to judge it solely from an athletic perspective, the handful of pizza thrown was impressive in velocity, distance and spread. It cleared the top of the 6 foot booth wall with no trouble at all, but I wasn’t much in the praising mood. I rushed over to him grabbed him by the arm and chastised him along the lines of, “What in the world were you thinking?? You are in so much trouble!! You just earned a red-card (soccer-parent punishment)!” You know, typical embarrassed-Dad freak-out stuff.

After “correcting” the actions of my child, and reducing my son to tears, I followed the trail of pizza to determine just whom I might need to apologize (and potentially pay for their dinner) to. I peeked around the corner of the next booth ready to have my head bitten off by whomever was in the blast-zone. Instead of outrage or anger, I found an elderly couple and a father and daughter chuckling about what they had just witnessed.

“I am so sorry about that!” I groveled. “I should have known better than to leave them alone…”

“Don’t be!” said the elderly man smiling warmly. “I was just commenting I had never seen pizza delivered so quickly… they should offer him a job” he chuckled.

I was taken aback by his response, but pressed forward with my apology. “Right, ha ha,…but he still shouldn’t be chucking his food around, he knows better than that…”

“Well of course he should be throwing his food around then! That’s what five year old boys are built to do!” said the man, still smiling. At this point he stood up and put his hand on my shoulder, “Please, no need to apologize any further. Do you mind if I talk to him?”

I was was beginning to feel pleasantly surprised by this man, “Of course, you may,” I replied.

Walking around the corner of the booth he sat next to my crying child. “Hey there kiddo!” he gently said as he put his hand on his shoulder. “I got something for you if you think you can promise me you will smile and stop crying.”

“What is it?” my son blubbered.

“I’ll show you!” the man exclaimed. At this point he reached into his pocket and pulled out a shiny quarter.

“See, that’s better! There’s no need to be sad anymore. You are a good boy! Don’t change ok?” the man said with a genuine smile on his face. At this point he gave Trev a gentle pat on the shoulder and stood up again.

“You know dad, I raised 13 children, and one of them is here with me tonight.” he pointed towards the smiling and nodding man sitting on the other side of his booth. “They are all grown, and I miss them now that they are no longer under my roof. The beauty of kids that most people miss is their honest reactions to life. Many if not most people don’t appreciate children when they are acting like kids. They expect them to act like adults should, but that’s not really realistic now is it? I’m glad he threw that pizza. It was funny! It made me happy! It reminded me of more chaotic times when I was a younger man. Thank you for sharing him tonight!”

I didn’t know what to say. I felt so much gratitude to this stranger.

“Thank you so much for your patience and understanding,” I replied. “I was fully expecting to get an earful about how I needed to control my kids. In this case I was prepared to accept that type of response.”

“We teach our kids the best we can, but we can never control them. They weren’t designed to be controlled.” he stated.

“Well, thank you again sir,” I stated as I extended my hand. “May I ask your name?”

“You can call me Grandpa Quarter. That’s what all my grandchildren call me,” he leaned in closer and almost whispered. “Having 13 kids and more grandkids than I am capable of counting I had to switch from giving dollars to quarters a couple of decades back. I never know when I am going to run into one or several of them, so I always carry about five dollars worth in my pockets, just in case… anything more than quarters would exhaust my retirement,” at this point he jingled what sounded like a piggy bank’s worth of coins in his pocket and winked at me as he walked away.

Thank you Grandpa Quarter. Thank you for yet again teaching me a lesson I seem incapable of learning. Thank you for taking 5 minutes out of your life to render assistance to a struggling father of four beautiful children. Thank you for reminding me that there are other ways to deal with stressful situations than to just lose my patience. Oh, and thank you for the quarter… Trev bought some of that nasty gum with it from one of those candy dispensers on the way out of the restaurant. He may have already forgotten our choice encounter with you, but it is a memory that is going to last me a lifetime. To me your charitable efforts were priceless.

Here are some more great posts on parenting on OSSS:

Tips for Parenting a Shy Child 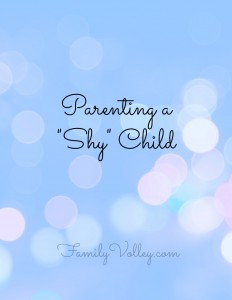