Hi y’all! I’m “The Farmer’s City Wife.” I grew up in the suburbs of a big city, but was whisked away to country living when I married a farmer from far away. Now when I’m not chasing chickens, baking bread, culturing yogurt or homeschooling my nieces, I blog about it (and the joys and woes of amateur homesteading) at City Wife, Country Life. 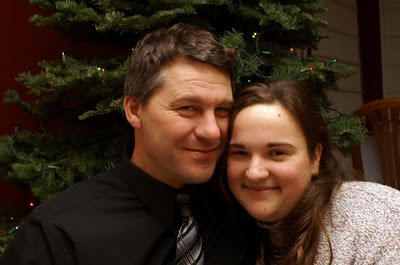 This Summer I had a sulk-fest when I perceived my husband had been slacking on the servant-leader front.
Sure, he’d working 90 hour weeks in the heat of a desert summer and sleeping an average of 4 or 5 hours a night. Sure he’d brought me flowers and beef jerky (who needs chocolate when you can have jerky?). Sure he’d never failed to water my chickens or take out the trash or even do a load of laundry (all without ever being asked), but by golly he’d let my water cup run dry without re-filling it like he did when we were first married. And he committed the mortal sin of only getting one spoon instead of two with the ice cream, and he didn’t immediately and emphatically comment upon how delicious dinner was like when we were first married.
My radar immediately went up and I went on the prowl, noticing every little thing that he “used to do when we were first married but doesn’t do anymore.” Sure enough, with great effort I came up with a list of 11 items.
I was feeling pretty smug and basking in the glory of self pity. “He doesn’t love me like he used to! He’s starting to take me for granted!” Boo hoo hoo.
Then, as an aside and fully expecting the exercise to show my superiority, I made a list of things I “used to do when we were first married but don’t anymore.” Within less than three minutes I had a list of 17 items. I could’ve easily kept going, but my pride wouldn’t allow it.
So after having a good cry at my wretchedness, I set about to serve my husband instead of seeking to be served; to see in him the face of Christ and to serve and love my husband as though I were serving and loving Christ.
To take off his shoes when he comes home, to lay out his clothes and a clean towel for a shower, to visit him in the field and bring him dinner instead of griping that he comes home at an “unreasonable hour,” to kiss him on the forehead “just because,” to prepare desserts he’ll enjoy, always to greet him warmly, to notice everything and thank him for it, to pray for him throughout the day, to keep his glass filled, to fluff up his pillows, to save the last bit of ice cream for him, to curl my hair and iron my shirt, to ask him about his day and listen and sympathize and support… a million little unwritten love notes.
It’s amazing: when you actively look for ways to serve, suddenly the opportunities for love and joy increase exponentially. Love multiplies itself.
And since starting my Unwritten Love Notes Campaign, without ever mentioning it to him, I’ve had to strike 9 of the 11 items off his list.