“Let your light so shine before men, that they may see your good works, and glorify your Father which is in heaven.” Matthew 5:16

The most insecure period of my life was my 5th grade year.  I desperately wanted to be cool and popular, but felt as though I was neither of those things.  That didn’t stop me from making a really strong effort to become so;  I really made a push to be one of the cool kids.  Unfortunately, this meant that I gravitated towards hanging out with, and mimicking the behavior of, kids who were getting into trouble. During this confusing and sad time of my life, I found myself often saying and doing things that I flat-out knew were wrong, but that I did anyway with the hope that I would gain better footing in the circle of my “popular” peers. 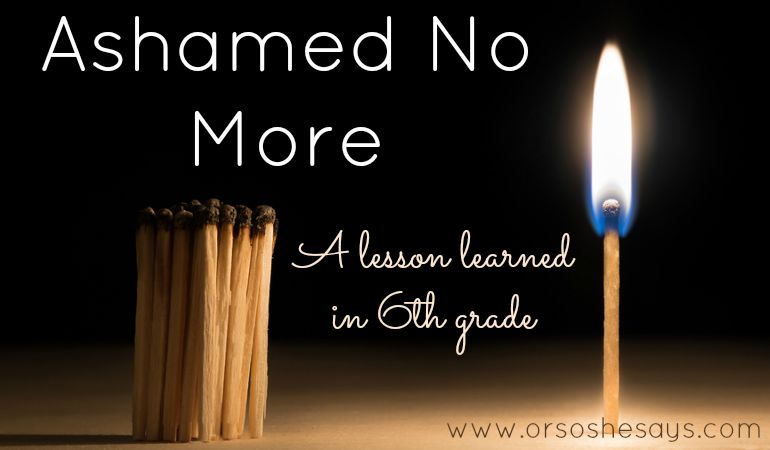 It was little wonder that my grades during this year suffered, as did my citizenship.  My kids have since seen my 5th grade report card and they are surprised by how poor it was.  They were even more surprised by a description of concern one of my teachers noted on the comments section of the report card.  It went something like this “I am concerned by Daniel’s poor attitude, disruptive behavior and lack of respect in the classroom.  I am also concerned by the type of example he is setting for the other children.”  Yes, I was turning into a right fine rapscallion.  I even found a way to get suspended my last day of school of the 5th grade year.  Nice Dan…  Who in the world gets suspended on their last day of school?  This guy.

It was after the debacle that was my fifth-grade year that my dad accepted a military assignment to Oslo, Norway.  Though unaware then, I now view our family moving the year between 5th and 6th grade as being inspired.  Not just for the family, but for me specifically.  I really needed to get away from the environment I was creating for myself.  I have no doubt that my bad momentum would have carried over into my 6th grade year, had we stayed.

Though I may have given off the impression that changing schools was no big deal, the very idea of starting a new school was terrifying.  I mentioned the fact that I was insecure, right?  All of the typical questions of insecurity ran through my mind.  Will I make any friends?  Are they going to think I look like a dork?  Do I look like a dork? Oh great, I look like a dork! Who are the cool kids?  Will I have what it takes to be a cool kid?  Holy crap, I am wearing velcro shoes!  I will never be a cool kid!   As you can see, my anxiety truly spiked as I arrived for the beginning of class that day.

Thankfully, I realized none of my fears that first day of school.  Everyone seemed really nice.  Nobody treated poorly me or looked at me like I was a dork.  It might have helped that there were only 12 kids in my class and half of us were boys, so there really weren’t enough kids to divide into “cool” and “uncool”.  Also, this was an American school fed by families with kids who were used to moving  every other year or so, so being new was pretty typical. Almost half of the school seemed to be new, so being the newbie kid really wasn’t all that bad.  All in all, everything went well for me that first day.  Even lunchtime was a pleasant experience.

The bus ride home was another source of anxiety for me.  I worried about that for most of the day as well.  Who was I going to sit by?  Would anyone sit by me?  Would they make fun of my clothes, shoes or hair?  I could feel the anxiety building again.  I was pretty worked up by the time I stepped on the bus.

Thankfully, a boy in my class rode the same bus as myself, Cody, and invited me to sit next to him (whew, one obstacle down).  He was a cheerful and friendly chap.  Right away he started to ask me a lot of questions.  Nothing pushy, just the usual get-to-know-you type stuff.  Everything was going great until he asked me what I liked to do on the weekends.  I immediately froze.  On Saturdays I pretty much did what any other kid did on a weekend I supposed, but my family had always set Sundays aside as days of worship and family time.  I was scared to admit it though.  I was afraid he would make fun of the “churchy kid” and I didn’t think I would be able to handle the ridicule.   I do remember thinking I should tell him that Saturdays were for fun but that I went to church on Sundays but I chickened out. “Oh, I don’t do too much really, just kinda hang out with my family…” I replied.  His response to my half/truth was not what I was expecting.  With pride he announced, “My Dad’s the chaplain of the military community and we go to church every Sunday.  We’re Christians!  You and your family could come with us some Sunday if you’d like.”  I was stunned and pleasantly surprised.  I remember telling him something along the lines of “Actually, me too.” and then trying to change the subject.  I remember silently kicking myself that I had not had the same courage as he showed.

It was obvious to me that I was in the presence of a kid who had no shame of his convictions and beliefs.  I don’t think that he had any concern that I might ridicule him or think him odd that he attended church.  Not only that, but he seemed excited with the idea that I might attend services with him and had invited me to his church with absolutely no hesitation whatsoever.  I didn’t realize at that time what a valuable lesson he had taught me that day.  He truly wasn’t ashamed of his beliefs.  I wish I could have said the same about myself, but at that point, I wasn’t there yet. 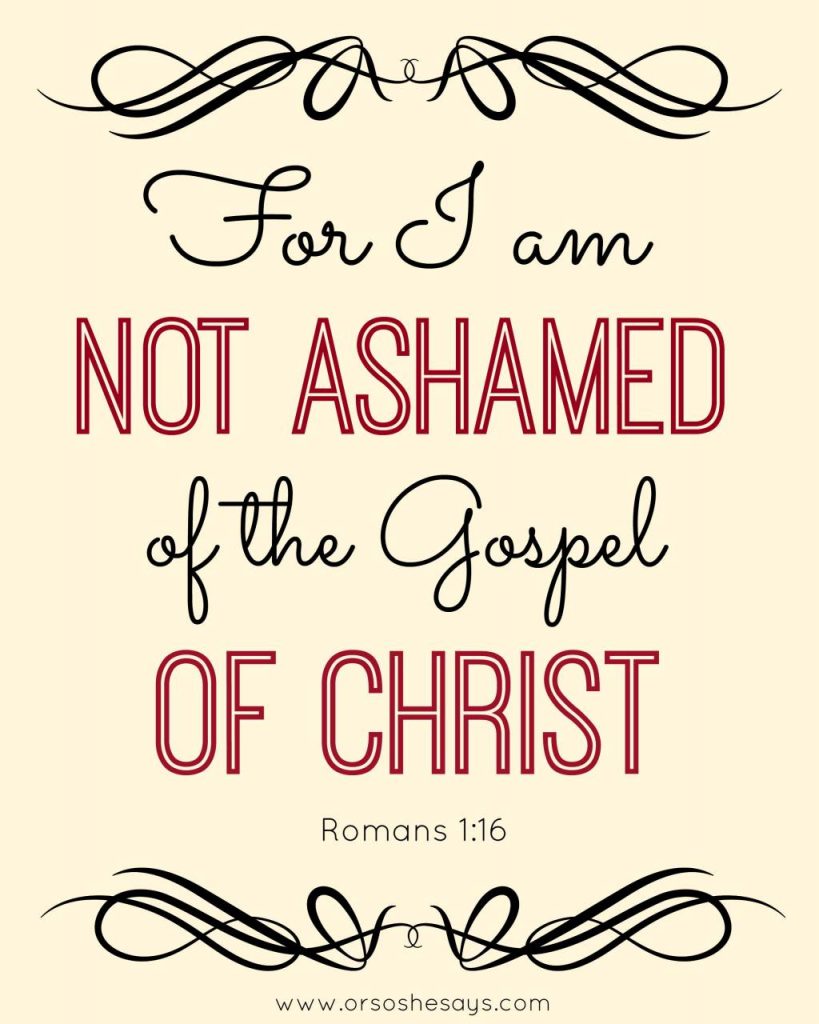 Cody and I became pretty good friends and he was a great influence for good on me.  That isn’t to say we were perfect or that on occasion we didn’t do or say things that we shouldn’t, but overall we were good kids, and our friendship was very uplifting.  We played sports together, went on scouting events together, and had sleepovers.  My memories of him are full of happy experiences and good times.

Cody stayed true to his convictions and his good example sometimes saved me from making some stupid mistakes.  There was one time on the bus-ride home where an older boy in the back of the bus (why do bad kids always sit at the back of the bus?) was looking at a pornographic magazine.  The boy kept laughing and commenting on every picture he would look at.  He kept calling for Cody to come back and look at it with him.  Sitting on the bench across the aisle from Cody, I stayed quiet, hoping the  boy wouldn’t call me back, because I was afraid I might actually go back there.  He was a big kid and not someone I wanted to say “no” to.  I remember the look on Cody’s face.  I remember him closing his eyes and shaking his head every time he was asked to come back and look at the picture.   Eventually, seeing that Cody wasn’t going to come back to him, the older boy came forward with the magazine.  “If you aren’t going to come back and check this out, then I guess I will just bring it to you then…” the boy laughed as he shoved the picture in front of Cody’s face.  With no hesitation Cody grabbed the magazine out of the boys hands stood up and chucked it back down the aisle of the bus.  He stated to the boy that he would NEVER look at that magazine and to stay away from him.  The boy was startled at first, then made a crude gesture toward Cody but left him alone after that.

After a while, I went over to sit next to Cody and we sat in silence.  Finally, I asked him if he was ok.  He looked at me with a few un-spilled tears in his eyes and nodded yes.  He then, very quietly told me that he had recently been through some sort of advancement or ordination in his church where he had made some specific promises to God.  He stated that he had vowed to live a more righteous life and that he intended to keep his promise.  I remember encouraging him in his decision and thanking him for standing up to the older boy.  Cody became my hero that day.  That day, Cody was also a true disciple of Christ.

Cody moved after my 7th grade year.  I am certain I never told him of how much his friendship and example meant to me at that time.  That’s not something that 13 year old males typically have the presence of mind to do.  I guess that me writing this post is my way of thanking him for his example to me at a very formative period of my life.

We need people who let their lights so shine that others can see their good works and glorify their Father which is in heaven.  I know that from the very simple actions, actions that to others may seem insignificant, my faith has been strengthened and my desire to keep my covenants with God renewed.  I glorify my Father for those people in my life, many of whom don’t follow the exact tenets of my religion, who have shown me how to better tread the path of discipleship.  I am thankful that they were not afraid to share their beliefs with me, especially during the times when I may have purposefully hidden mine from them.

I have had many “Codys” influence my life since then.  Scores of people to whom I have looked for courageous examples of faith; however, I will always be truly thankful to God, specifically for Cody, that He placed him in my path at that time in my life.  I realize now more than ever how much his example influenced my existence for the better.

“Each life that touches ours for good, reflects thine own great mercy Lord;

Thou sendest blessings from above, thru words and deeds of those who love.

For worthy friends whose lives proclaim, Devotion to the Savior’s name,

Who bless our days with peace and love, We praise thy goodness, Lord, above.”

For more inspiring posts from OSSS contributors, visit these links!

Be Your Best Self – Fill Your Bucket

What Are We So Busy Doing?