My name is Jacquelyn Stollarchek. LittleOwlCruncyMomma is a blog about me, my life, my thoughts and my experiences. It contains information about nothing in particular and everything in general. I talk about whatever I am thinking about at the time. I am, among other things, a wife, a mother, an explorer, a dancer, an actress, a lover of books, a teacher, a student, a cook, a Weston A. Price fanatic, a creator and a thinker. 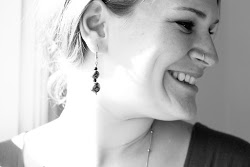 In most countries it is merely part of caring for a baby. In the Western World it has become known as elimination communication (EC), natural infant hygiene, infant potty training, or diaper free. Thanks to Nina Planck (author of Real Food For Mothers and Babies–a book I highly recommend for any woman who is breastfeeding, pregnant, or hoping to conceive) I discovered this form of toilet training.

In her book she mentioned that she practiced this diaper free method with her son. Highly skeptical, yet intrigued, I borrowed a copy of Ingrid Bauer’s Diaper Free! from the library.

I must admit that the picture on the front cover did nothing to dissuade me from the belief that this was a hoax, an impossible task set up only for hippy-mommas who pranced around naked all day with their babies in golden fields of barley. Yet, Bauer, claimed that what she was proposing was far from new and even possible for Western mothers who live in carpeted areas with friends and family who would not appreciate their babies peeing on their floors.

“Throughout most of human existence, parents have cared for their babies hygienically without relying on diapers. In many cultures around the world, mothers still know how to understand and respond to their infants elimination needs to keep them clean and content.”

Bauer presents a picture that makes sense to me–babies are born with the innate need to be held, to feed and to eliminate after feeding. She argues that just as babies communicate when they are scared, tired, or hungry they also (from birth) know when they have too pee or poop and they give us a verbal and/or physical cue. The only difference between a mother in Mongolia and a mother in L.A. is that the mother in Mongolia has learned from her mother who learned from her mother who learned from her mother, how to read her babies “cue”. Mothers (or father, grandparents, village elders) than respond to the babies cue by holding them over a receptacle (toilet, bowl, dirt floor) and making a hissing, or shushing noise (hence the title of this post). The idea is that the baby learns to associate this sound with the use of their “elimination” muscles. Eventually they will learn to tighten those muscles when they hear the verbal cue. If they have to go, they will. If they don’t, they will at least try.

As a U.S. born and bred woman I didn’t have much in the way of help for getting started. Initially, I was armed with little more than Bauer’s book and the belief (or more simply, the hope) that maybe I could do this. Looking at the statistics made me want to at least try:

Over the half the world’s babies are potty trained by 1 year old (Pediatrics Magazine). Yet, in the US, the average age is now over 3 years old! (webMD) If I could do something to prevent having to change diapers at three, or even at two, I was going to at least give it a try!

Than I saw a reminder. A stranger changing her three-year-olds poopy daiper. I. Did. Not. Want. To. Do. If. I. Could. Help. It. That was not baby poop. That was not a baby bottom. Before reading Bauer’s book I wouldn’t have thought twice about what that mother was doing. To most of the world its strange to have a toddler in diapers but not breastfeeding. In the States it’s the opposite. Babies nurse? Of course. Toddlers nurse? Are you crazy? But, they have their diapers changed.

Re-motivated I decided to keep trying. At this point Little Owl was mostly at home with a pad and blanket wrapped around her. When we were out and about she was in cloth diapers. I still didn’t seem to see any signs or “cues” from her. Or any sense of understanding what in the world mommy was doing making “shhh”-ing sounds by her ear. And, mind you, I was doing a LOT of laundry.

The Middle and Onward (3 months-now)

I began to do more research. I discovered websites, blogs, youtube videos, bought an infant potty (they make them??), thanks to a friend joined a facebook support group (I know–hilarious, right??). I began to build a network for myself and gather tools that I would need to actually do this in a carpeted house, in a car-riding family, in a no-your-baby-can’t-be-naked-all-the-time world.

Slowly, piece by piece, it was coming together. She was cue-ing. I was responding. I was missing, but less and less. Or, at least most days.

Now, I have a four-month old. (What?? When did that happen?) Yesterday we road the bus, went to the library for baby story-time, visited with a friend, had lunch out, road the bus back home, took a nap and hung out at the house. Number of diapers used=five.

Granted, that was a good day. A really good day. But it HAPPENED. And it won’t be the last one.

Folks, it’s working. I didn’t believe it would, but it is.