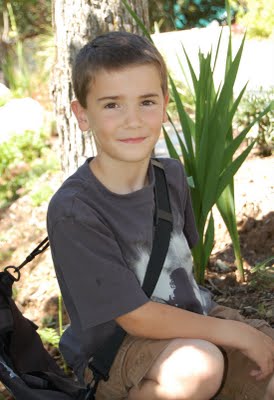 Caden’s First Day of 2nd Grade
Isn’t it funny how nicknames come about? We named our first, Caden…with the expectation of calling him “Cade”. Guess what we call him?? “Tato“. I know, right? That doesn’t even resemble the name Caden! Here’s the breakdown: Caden turned to Cado (through no choice of my own), which turned to Cado Potato, which soon evolved into “Tato”. So, my Tato bug is turning eight years old this month! Which is really fabulous except that it means I’m getting older too! ~sigh…~

Gift Ideas: 8 Year Old Boy
So, there were plenty of things on Caden’s birthday wish list, allow me:
The Nintendo DS is any kids dream!…I secretly want one too! There are hundreds of games out there to play on this handheld: puzzle games, action, sports, educational, reality, etc. It’s great for car rides, waiting in doctor’s offices, or for random pleasure. I usually promote the Leapster but 8 year olds are a bit to old for that. A DS is a pricey gift but even if it was the only thing…it would be appreciated. The top-rated games for 8 year olds are Mario Kart and
Animal Crossing. 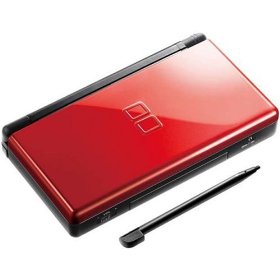 Nintendo DS, $129.99
Caden loves playing Chess and “No Stress Chess” is the game that taught him how! This top rated game makes it easy for kids to learn. They draw cards that tell them which piece to move and how it CAN move. In no time, they will be playing without the cards and kicking your trash!
Perfect way to get your kids to use their head and have fun too! 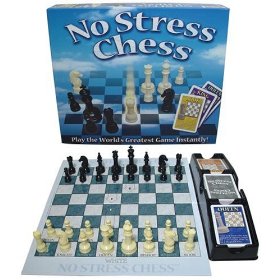 No Stress Chess, $12.65
Caden has been drooling over Nerf’s huge guns for a long time now. I keep thinking that I’m clever and I get him something that I THINK he will like even better. But, to no avail. He wants a huge Nerf gun, ONLY. Heck, I should probably give it a go! 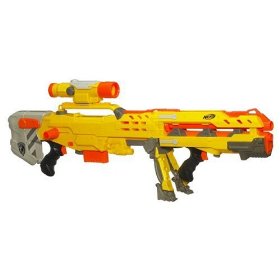 Nerf N-Strike Spectre Rev-5, $32
Caden is totally into learning…so, it’s not surprising at all that he wants a telescope. Unfortunately, they are pretty pricey if you want one that actually works! However, I found this one by Celestron for $65 that reviewers say is a great first scope, has clear sights, and their kids love! This would be a great gift along with The Kids Book of the Night Sky and some star stickers for their ceiling to replicate what they see outside. 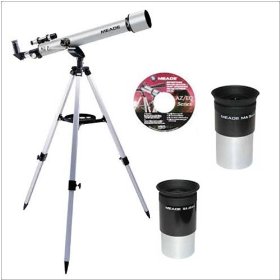 Celestron Telescope, $85
Caden loves all sports. His latest passion is football…his team even named a football “play” after him! It made his day/year! Anyway, I was thinking that he doesn’t even have a real football…just kiddie ones that are multi-colored, etc. So, why not get him a real (junior size) football? The same goes for any sport: Basketball, Baseball, Hockey, etc. You could even include a jersey from your little dude’s favorite team! 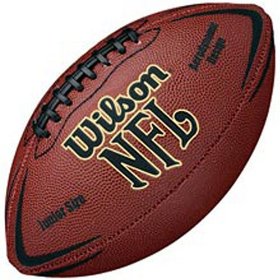 Wilson NFL Junior Football, $19.99
I say this in practically every post, but help your kid start a collection! Caden started Scouts this year and they had an activity talking about collections. He came home with a whole list of things he wants to start collecting…one of them being “rocks”. So, I went on Best Crystal’s web site, ordered several rocks. I then went to Michael’s and bought a jewelry storage container that has the separated slots. It will make it easier to show them off! Ask your dude what he would like to
collect, there are so many options! 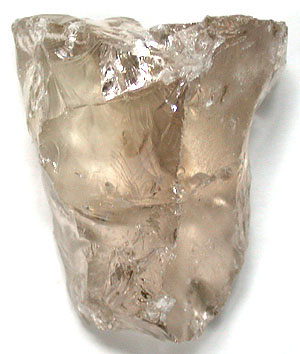 I knew the day would come when Tato ran out of “Wimpy Kid” books to read. It was a bad day. These books were so fun for him! He was constantly laughing out loud, telling his brother every detail of what was happening, and carrying the books around everywhere we went! I recently bought him the Wimpy Kid Journal that he fills in the blanks with his own info. Cute stuff. You can buy them online, or I’ve also seen them at Wal-Mart and Target.

The Diary of a Wimpy Kid, $9.32
Caden wants stilts…but, I think another suggestion for you could also be a pogo stick. All things that improve balance and coordination. Bonus – they’re fun! There is this kid that rides his unicycle to Caden’s school every day! He’s jumping off curbs and everything, it’s amazing to watch! 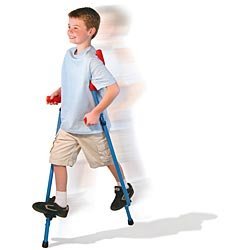 Geospace Stilts, $45
This award-winning stomp rocket has “boy” written all over it! Stomp the pad and launch your rockets super high in the air! Gets perfect reviews on Amazon. 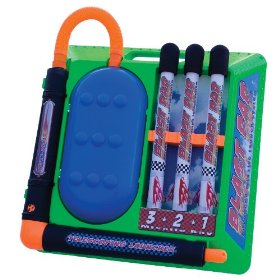 Marky Sparky Blast Pad, $25
Check out this post for more gift ideas for 8 year old boy.  Also, for gift ideas for everyone on your list, check out the Gift Idea page at the top of the blog and be sure to pin Gift Idea Central to keep the whole collection all in one place.