During this Scriptures for Kids Family Night Activity and Lesson your child will translate their own verse of coded scripture and learn the role of a seer.

The story of the Book of Mormon is so awesome! Joseph Smith said this about the experience, “By the power of God I translated the Book of Mormon from hieroglyphics, the knowledge of which was lost to the world, in which wonderful event I stood alone, an unlearned youth, to combat the worldly wisdom and multiplied ignorance of eighteen centuries, with a new revelation.”

When we know the miraculous story of the Book of Mormon, we grow to love the scriptures even more. 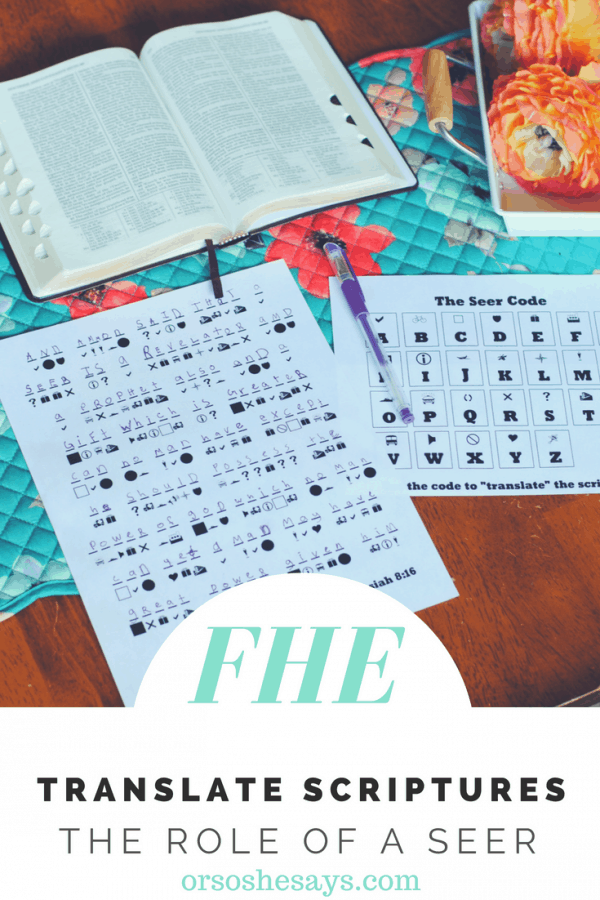 It is hard to say when the story of how Joseph Smith translated the Book of Mormon begins. I believe it was put into place at the beginning of time! But, for this scriptures for kids lesson, we will start with the final days on Earth for the prophet Moroni.

Moroni was a valiant prophet that lived on the American continent. He was the last prophet in the Book of Mormon. When he grew old, Moroni sealed up the golden plates and hid them in the hill Cumorah. He also included a special tool with the plates called the Urim and Thummim.

The Urim and Thummin is a Hebrew term that means “Lights and Perfections.” It is an instrument that is prepared of God to assist man in obtaining revelation from the Lord and in translating languages.

In easy terms, the Urim and Thummin is a tool that lets a person see things the way that God sees them! The person that is called to use the tool is called a seer. There have been many seers on Earth. The prophet Adam was a seer and our current prophet is a seer as well.

A little over one hundred years ago, the angel Moroni appeared to Joseph Smith in a vision. He taught Joseph about the golden plates and showed him where to find them buried on the hill Cumorah. When Joesph recovered the plates from the Earth, he recognized that the plates were not written in English! They had writing carved into them that Joseph had never seen before.

How did Joseph know what the scriptures said? With the help of the Holy Ghost and the Urim and Thummin, Joseph translated the writings into modern day language. It was a miracle.

Joseph Smith translated the Golden Plates with the help of the Urim and Thummim. He was a seer. The scriptures teach us that a seer is greater than a prophet and no greater gift can man have. So, being a seer is really important and special. Without this gift, we would not have the Book of Mormon.

God wanted us to have the Book of Mormon. He put a plan in place to make it possible. There are important truths, lessons, histories, and scriptures for kids and their parents in the special pages! Moroni and other prophets sacrificed to preserve the golden plates. Joseph was persecuted, mocked, and eventually mattered for bringing the gospel truth to the world. Do we consider the scriptures a blessing?

Translate the coded scriptures for kids printables with the seer code in this FHE activity.

I bet it was exciting to Joseph Smith to translate the plates. Do you think it was fun to discover what the hieroglyphic symbols represented? It was kind of like breaking a code!

You don’t need a Urium and Thummim to translate the coded scriptures for kids printables! You just need the seer code! See if you can discover what these mysterious scriptures say.

Download and print the coded verses of scripture. There are two. HERE and HERE. 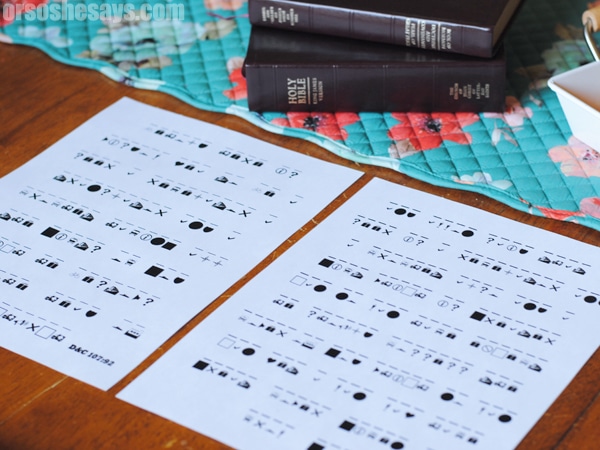 You will also need to download the Seer Code. 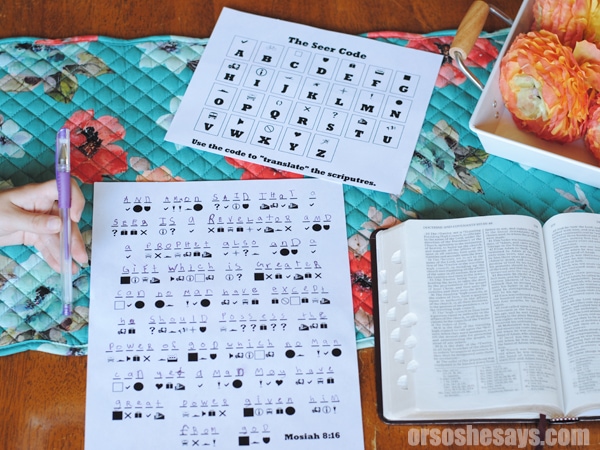 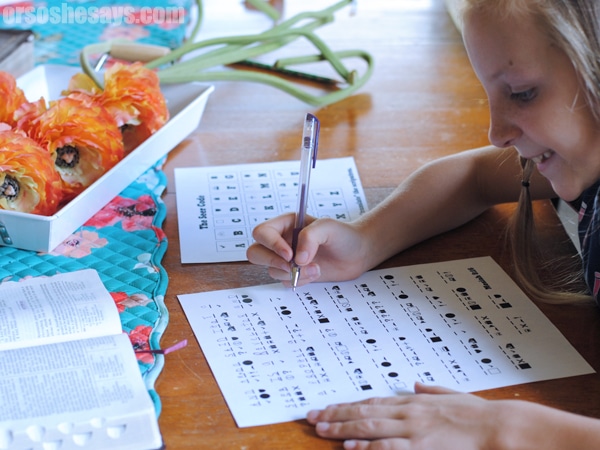 In these two coded scriptures for kids, you will learn that:

Mosiah 8:16 “And Ammon said that a seer is a revelator and a prophet also; and a gift which is greater can no man have, except he should possess the power of God, which no man can; yet a man may have great power given him from God.”

D&C 107:92 “Behold, here is wisdom; yea, to be a seer, a revelator, a translator, and a prophet, having all the gifts of God which he bestows upon the head of the church.” 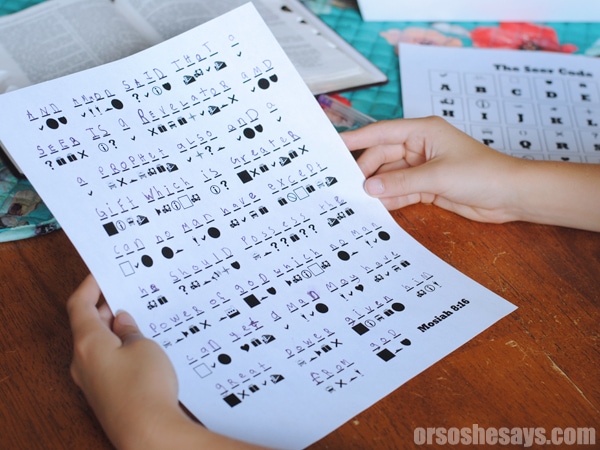 When you finish your coded scriptures for kids, conclude by bearing testimony that the Book of Momon was translated by the power of God through the Prophet and Seer Joseph Smith. It is a true book. It is a blessing and the cornerstone of our religion.

We do not need a Urim and Thummium to understand the Book of Mormon. The Holy Ghost will testify the truth to us. We can gain a testimony of the book by reading it, studying it, and living what we learn.

Get more great posts about scriptures HERE on the blog. And check out this other Family Night lesson!