I’ve possibly beaten this topic to death, I fear.  When I was given this assignment from Land O’ Lakes, I was like, “What else can I say?  I’m plum out of creative ideas.”  I already told you about the cooking lessons I’m giving my picky eater.  I’ve told you about the ‘food critic’ assignments we’ve been doing in homeschool, to encourage trying new foods.  And, let me be up front and say, my kids are still picky.  Regardless, I believe part of being a mother is constantly teaching, never giving up, and coming up with new ways to gently reinforce what will be beneficial to their lives.  So, I’ve been thinking, and thinking, and thinking about….oh, and thinking…what would be a fun, enticing way to get my kids to eat their meals??  It came to me.
My kids love to suggest dinners.  I’m always getting request for spaghetti, grilled cheese, tacos, roast beef, and so on.  So, here’s what I came up with…

I put a sticker on the bottom of one of the kid’s plates, then called everyone to dinner. 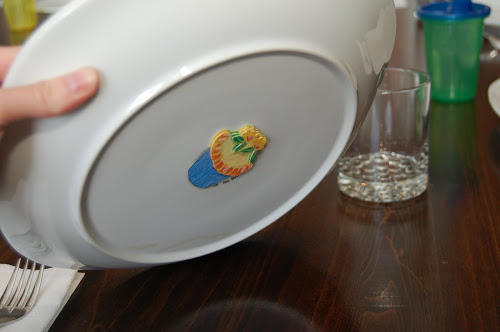 While we were eating, I told the kids that there was a special sticker on the bottom of one of their plates.  Whenever everyone was done eating, we would count to 3 and everyone would look under their plate.  Whoever has the sticker will get to choose the next meal that we eat together….BUT, only if they ate nearly all of the food on their plate.  If they didn’t eat enough, and received the sticker, it would be void. 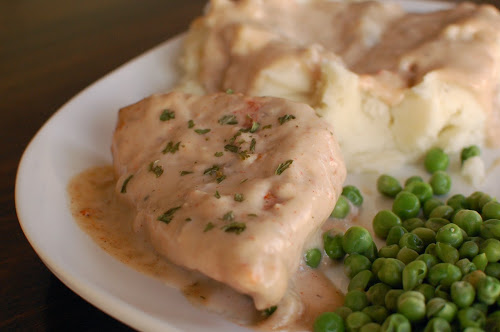 The kids were so excited!  They chomped away on their Saturday Chicken, and downed more greens than I ever knew possible.  It was fun listening to them gab about what their chosen dinner would be. 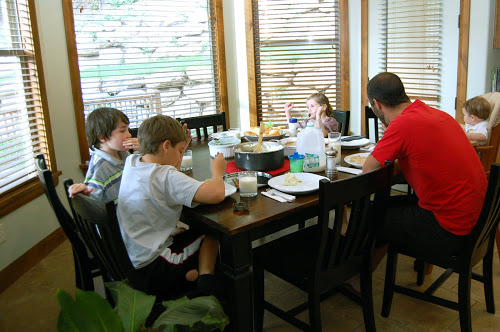 Then Daddy gave them a little lesson on what happened on September 11th and why we are putting the flags outside.  10 years later and just as heart-wrenching, as ever. 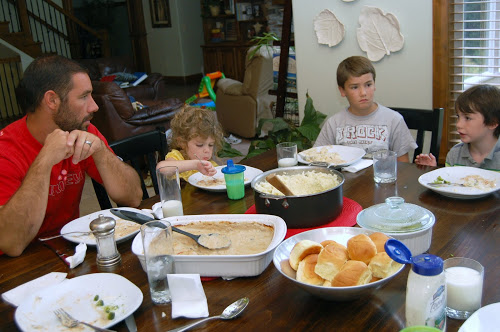 Finally, the plates were clear…except, for Caden who tried to mash his mashed potatoes so flat, thinking he could fool me into thinking they were almost gone.  His sticker would SO be void.  But, no worries…it was Shane who found it under his plate.  Look at Caden, wondering why he ate all that broccoli! 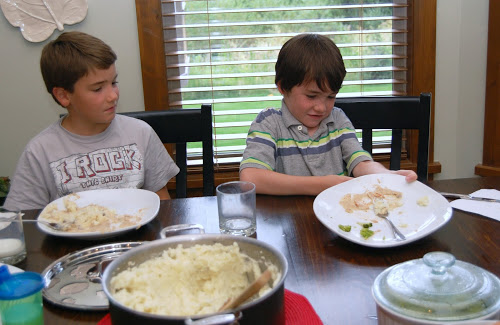 And, looks like our next meal will be…Navajo Tacos.  This turned out so fun!  The kids were totally into it, they were eating fabulously, they actually had to wait for each other to finish (good manners!), and it was so simple.

Are your kids not enticed by ‘picking a dinner’?  Tape a dollar to the bottom of the plate, or a coupon for a treat, to stay up an hour late, etc. 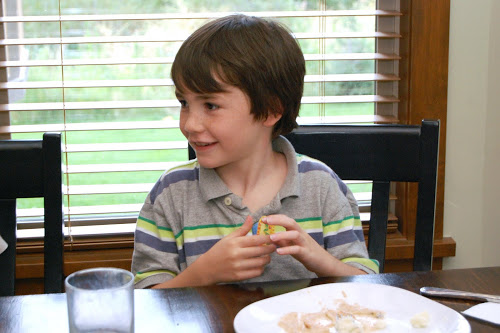 So, here’s my question for you…is there anything that surprises you that your kid will eat or won’t eat?  Do they like to make any nasty concoctions, like bananas wrapped in bologna??